Qiang obtained his PhD degree in Plant Biology from Michigan State University. He joined the Li Lab as a postdoctoral research associate in April of 2020. Currently, he is studying the biosynthesis of small molecules produced by plant pathogens, and investigating the mechanisms by which these molecules impact plant growth. In his spare time, Qiang enjoys traveling, running, and watching movies.
EMAIL 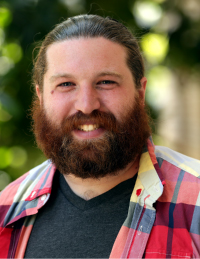 Hailing from East Lyme, CT (the better of the Lymes), Kevin attended the University of Connecticut for his undergraduate work. When he wasn’t watching championship-level basketball, he earned degrees in Chemistry and Molecular & Cell Biology. Kevin joined the Li lab in the spring of 2014. Here he is investigating novel gene clusters in Streptomyces and Pseudomonas, and developing synthetic biology methods for characterizing their products. When he gets the chance, he climbs, hikes, and plays volleyball.
EMAIL

Jon grew up in Charlottesville, Virginia, and he received a B.S. in chemistry with honors from the University of Richmond in 2015. He is currently exploring the involvement of tailoring enzymes in natural product biosynthetic pathways. Jon has played in squash tournaments since high school, and he founded the squash team at Richmond. Jon also enjoys hiking and playing guitar in his free time.
EMAIL

Hailing from Frederick, MD, Rachel traveled south and obtained a dual B.S. degree in Biochemistry and Chemistry from East Carolina University in 2014. Go Pirates! Rachel went on to pursue her Master’s degree in Chemistry under the advisement of Dr. Anne Spuches. During her Master’s, she conducted research in Bioinorganic Chemistry using biophysical techniques, mainly ITC and CD. In 2016, Rachel was admitted into the Biological Chemistry division at UNC and is a member of the biophysics training program. In her free time, Rachel enjoys traveling, live music, karaoke, frisbee, and volleyball.
EMAIL

Adam joined the Li Lab in June of 2018 after doing a year of rotations in BBSP. He grew up in the sweetest place on Earth (Hershey, PA) and earned a bachelor’s degree in biochemistry from Juniata College, where he studied substrate recognition of the Alzheimer’s-linked enzyme complex gamma-secretase. After graduating, he moved back to Hershey where he worked as a tech for two years at Penn State’s Hershey campus, studying transdifferentiated monocytes as a model for schizophrenia. Feeling ambitious, he then entered a PhD program at UNC. In the Li lab, he is studying the biosynthesis of a natural product herbicide and elucidating the enzymatic mechanisms in the pathway. When he’s not pipetting or hanging out with E. coli, he enjoys playing classical piano and writing music, learning about music theory, and indoor rock climbing.
EMAIL

Katie is a proud native Charlottean. She earned a B.S. in Chemical Engineering with a minor in Biotechnology from N.C. State where she studied molecular dynamics simulations of surfactants. She also spent time in Brazil at USP - RP studying Monte Carlo simulations of protein-polyelectrolyte interactions. She followed her passion for chemistry to the Li lab, which she joined in May 2018. Katie is interested in research in both biosynthesis and virulence pathways in pathogenic bacteria. In her spare time she enjoys singing and spending time with her adorable rabbit, Leo.
EMAIL

From Cold Spring Harbor, NY, Rachel went south to the University of Miami (the only relevant Miami), where she graduated with degrees in Chemistry and Microbiology & Immunology. After desperately missing autumn in the endless summer that is southern Florida, she went north-ish to North Carolina. In the fall of 2018, she joined the Li lab, becoming the second Rachel Johnson in the lab. When in lab, she is studying structure-activity relationships of hybrid antibiotics. When not in lab, she is having boba tea, impulsively purchasing candles, and missing the sun.
EMAIL

Xiaoyan grew up in Henan, China and received her B.Eng. in polymer materials and engineering from Sun Yat-sen University. She joined the Li group in April 2019 after a year of rotations. She is currently studying natural product biosynthesis and making hybrid antibiotics. When not in lab, she enjoys strolling around the campus and dancing.
EMAIL

Originally from Kingsport, Tennessee, Drake attended the University of Tennessee-Knoxville and received a B.S. in Chemical Engineering with a Biomolecular concentration in 2019. During his undergraduate work, Drake did three internships with Eastman Chemical Company sparking his interest in attending graduate school. He enrolled at UNC in the fall of 2019 and joined the Li group in January of 2020. With an interest in natural product biosynthesis, he is currently working on the identification of an elusive signaling molecule implicated in bacterial virulence. In his free time, Drake is an avid golfer and currently holds the lab lead with three hole-in-ones.
EMAIL

Andrew was raised in the suburbs of Philadelphia. In May of 2018, he graduated from UNC-Chapel Hill with a B.S. in chemistry. He joined the Li lab as a research technician in January of 2020. His research in the Li lab has been focused on elucidating the biosynthesis of bacterial natural products. In his free time, he enjoys walking and listening to music.
EMAIL 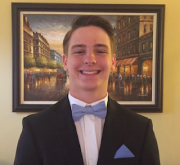 Henry grew up in Rockville, MD, and is a junior studying both Chemistry and Biology. He is helping to explore natural products and their associated biosynthetic pathways. In his spare time he enjoys sports, being outside, and watching movies.
EMAIL

Gina studied the chemistry and biology of PVF. She is currently a research scientist at Oerth Bio.

Andy studied the mode of action of DTPs. He is now a research scientist at DMC Biotechnologies. 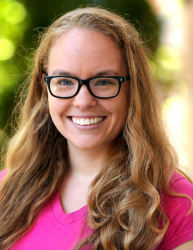 Ashley characterized small molecule products from signaling and virulence-related biosynthetic pathways in Pseudomonas and Burkholderia species. She is now a post-doc in Doug Mitchell's group at UIUC. 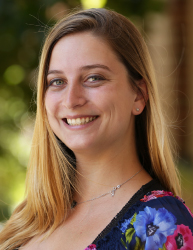 Erinn studied the biosynthesis of small molecules from plant pathogens. She now works for Agilent. 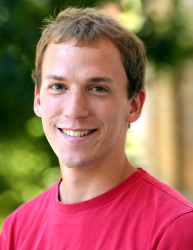 Zach was a graduate student studying oxyvinylglycine biosynthesis and hybrid antibiotics. He is now a research scientist at Merck. 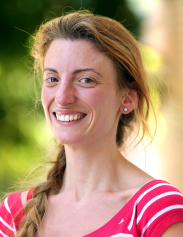 Elisabetta was a post-doc studying the chemistry and biology of NRPS natural products. Eli left the lab in 2017 and is a research scientist at Flamma SpA.

Jillian was a postdoctoral researcher at UNC. Her work focused on genome-mining to discover and characterize novel biosynthetic pathways. She left the lab in 2015 and is a senior scientist at Illumina.

Wenlong was a post-doctoral research using genome-mining and enzymology to elucidate biosyntheses of complex natural products. Wenlong is a post-doc in Wenjun Zhang's lab in UC Berkeley.

Savannah was an undergrad working on multiple projects. She graduated in 2018 and is a PhD student at University of Florida. 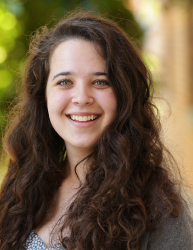 Martina Knechel was an undergrad working on identifying pathways governed by a bacterial natural product. She graduated in 2018 and is a post-bac at the NIH. 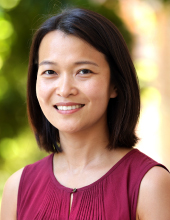 Bo was born and raised in Jilin, China. She obtained her B.S. from Beijing University and her Ph. D. in Biochemistry in 2009 from the University of Illinois at Urbana-Champaign. At Illinois, Bo carried out her thesis work with Prof. Wilfred van der Donk, focusing on enzymatic transformations for generating complex macrocyclic peptides. Bo conducted her postdoctoral research in the laboratory of Prof. Christopher T. Walsh at Harvard Medical School as a Jane Coffin Childs Fellow. At Harvard Med, she investigated the microbial pathways for making disulfide-containing natural products and their immunity mechanisms. Bo started her position in 2013 as Assistant Professor in the Department of Chemistry at UNC, Chapel Hill.